The Importance of IP CCTV Cameras in a HD World 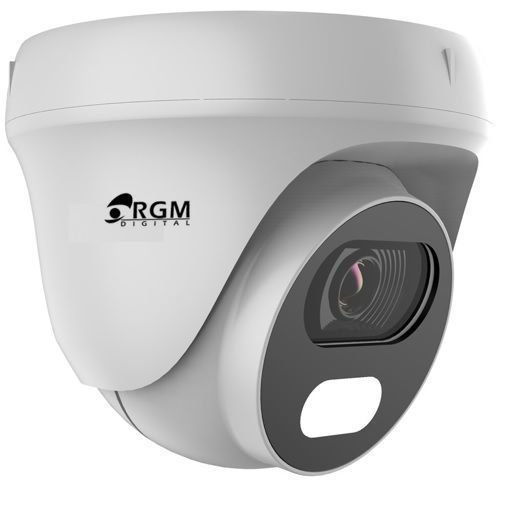 You may see high definition CCTV called HD (high definition), IP, MP (megapixel) or network CCTV. They all refer to the same CCTV technology. This technology offers high resolution recording and playback of security footage on a network system.

What are the advantages of an IP CCTV system?

The biggest advantage with a megapixel CCTV system is much, much higher resolution pictures. RGM Digital has a range of IP cameras from 2 megapixels to 12 megapixels. A low resolution analog CCTV system, common in older CCTV systems, can produce a maximum of a 700TVL which equivalent to around 0.4 megapixel.

Today 20+ megapixel cameras are commonplace which makes a 0.4 megapixel image from an analog CCTV system seem obsolete. This high resolution is also retained by the NVR which means you will see the same level of detail as the live image when you play back your recorded footage and take stills from it. As the resolution is increased especially above 2MP, you have the ability to digitally zoom into a pre-recorded image without the picture pixilating as it does with a low resolution image. This helps when trying to identify an intruder or read a licence plate on a vehicle. Older technology DVRs in comparison, record in CIF which gives about a quarter of the detail you got from your old, non HD TV or 4CIF which gives about the same level of detail as that same non HD TV. To get resolution that is similar or higher than a full HD (high definition) TV you need at least a 2 megapixel camera.

Poor quality images captured by basic analog systems can be ineffective for retrieving details or attempting a positive identification. Individuals may find themselves shocked the first time they try to use their analog recorded footage in this way – as we have all become so used to high definition images on everything from our mobile phones to our TVs. So do take the time to consider the issue of image quality very carefully.

A high resolution IP camera can cover a much wider area than an analog CCTV camera – for example a single IP camera can often easily cover the same area you would need up to four low resolution cameras for. This means in some situations installing an IP surveillance system is actually more cost effective plus you get the benefit of much more user-friendly footage from a single camera.

Another advantage with an IP system is the playback and search functionality can be much better than even the most advanced analogue DVR. NVRs can include such features as object search – if an object goes missing you simply draw a box around the space it was in and the NVR will automatically search out activity in that area. If you are considering a CCTV system for a warehouse or a busy retail or restaurant environment it is likely you will often need to refer back to recorded footage. IP licence plate cameras can read and record licence plates to a data base allowing you to search for vehicles or create automatic events when a particular vehicle is seen. Don’t underestimate the time (and money) savings possible with an IP system’s back-end functionality – it can make a big difference.

An IP camera can be simply wired in to the nearest network switch where it uses the existing network infrastructure to take the cameras signal back to the NVR. This means some IP system insatallations require less wiring than an analog system would. Analog CCTV cameras also need to be wired directly back to the DVR which can limit the ability to install them in some situations (or make the installation very expensive). IP cameras can also be integrated with a wireless network allowing almost unlimited expansion. Analog wireless CCTV systems are fraught with problems, particularly from interference on the radio frequency band they transmit on (this is becoming more and more prevalent). NVRs can often record a mix of high and lower resolution IP cameras which allows you a larger range of camera options and price points. It also means you can upgrade a camera to a higher resolution model in the future without having to change the recorder.

IP systems are likely to be the future of CCTV

The reality is we now live in a high definition world. More and more companies (and home owners) are upgrading existing CCTV systems for IP. Eventually IP CCTV will be the standard for CCTV installation. The technology is changing so quickly that there is always a newer and better option six months later in for both Analog and IP products. However, IP will provide you with a longer term solution.

For more information on our IP solutions, contact us at sales@rgm-digital.com.